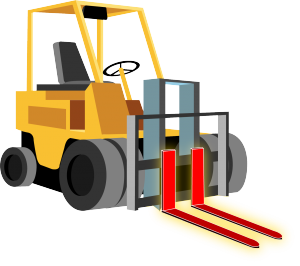 Choose a system for your application from a wide selection of models.

The model FS5 system includes a set of patented sensed forks to replace the existing ITA Class II or Class III forks. A carriage to cab wireless assembly transmits the weight signal to the digital display.

The FS5 system has the legal for trade accuracy without the cost where non-trade usage is required. Furthermore, the FS5 has fewer weighing restrictions than significant mandatory legal for trade system requirements.

Good news! The FS5 can be converted to a LTFS5 with a simple adaption kit, since the Fs5 exceeds legal for trade certification accuracy.

The legal for trade model LTFS5 has the “no need to tweak” patented system that eliminates the expense of frequent recalibration. This is available in both ITA Class II or ITA Class III sizing.

The MWS is in the family of fork sensed scales achieving outstanding precision that permits the following accuracy claim.

Accuracy: With load centred on the forks is 99.7% applied load +/- 5 kg to 2500 kg. The patented design rejects errors caused by bending, twisting and side loading. Accuracy is maintained without need for frequent recalibration.

Inquire About a Scale